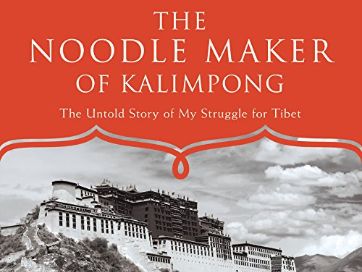 Tibet’s struggle for freedom needs no introduction but this is an untold story of Tibet – a compelling account of international intrigue involving China, Russia, India and the United States —told through the eyes of Gyalo Thondup, the Dalai Lama’s elder brother. Together with Anne F. Thurston, Gyalo Thondup shares his journey from his village in Amdo to Lhasa, India, China, Taiwan, Hong Kong, the United States, and then back to the compound of the house he lives in today in Kalimpong where he earns his living by making noodles. For over half a century, nobody in Kalimpong knew who Gyalo Thondup was. It was not until 2010 that his true identity was discovered. After Tibet was overrun by the Chinese in 1951, Thondup was the go-to Tibetan intermediary between the Tibetan freedom fighters and the CIA, KGB and R&AW — but they all betrayed him in the end. His remarkable account is also an insider’s take on the Dalai Lama, his immediate family, as well as the power struggles within the Potala Palace – the once seat of power in Tibet.

A Call To Spy: Reviewed by Madhubanti Rakshit