There is no shortage of tourist attractions in Kolkata that showcase its colonial heritage. Established in 1690 by combining the three villages of Sutanuti, Gobindapur, and Kalikata bought by Job Charnock, an agent of the English East India Company, Calcutta remained the seat of power for the British for many years. Many places to see in Kolkata including churches, office buildings, monuments, and residential complexes display fine examples of colonial and Indo-Saracenic architecture.  The city of Calcutta, Kolkata to some, is a city stuck in time where the past is never too far away. At every nook and corner, you can find a piece of its colonial heritage tucked away safely.

How did Calcutta get its name?

There are many theories about how the city got its name. The most popular one is that the ancient name of the city was Kalikata derived from the Bengali word “Kalikshetra” meaning “Land of Goddess Kali.”  The British developed the city over many years and modeled it according to their homeland. Today, some of the best tourist places in Kolkata are reminiscent of its colonial days under the British Raj. 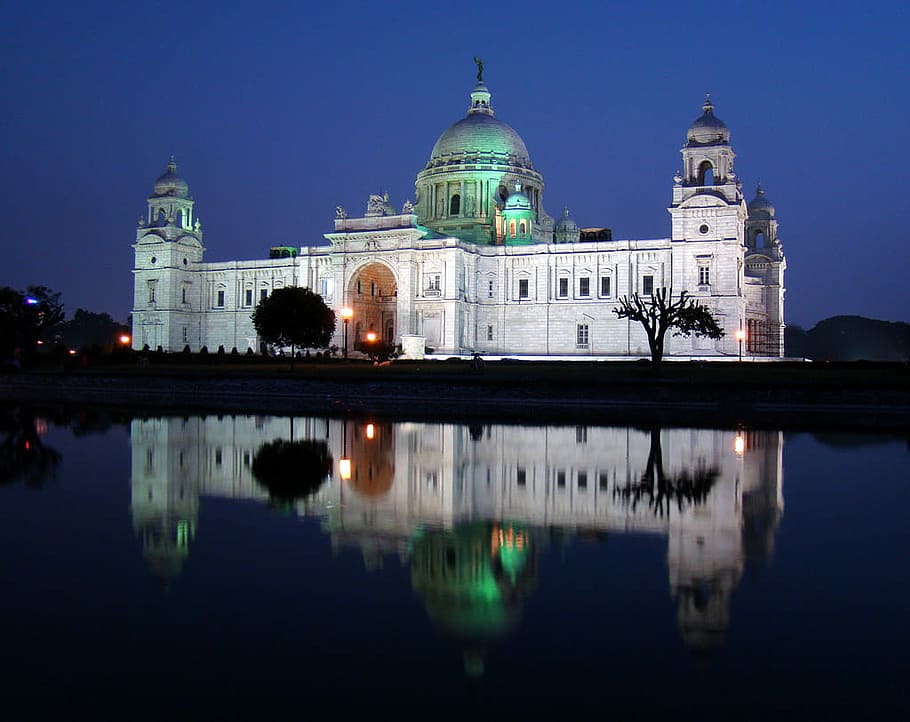 A City of Firsts

Calcutta, being one of the first places to be developed by the British, is home to many landmark establishments in the country. One such place is the Calcutta High Court. It is the oldest High Court in India and it was set up in 1862. British architect Walter Granville designed the structure on the model of the Cloth Hall in Ypres, Belgium.  The Indian Museum in Kolkata, established in 1814, one of the best tourist places in Kolkata, is the first museum in the Indian subcontinent. The start white building has magnificent Indo-Saracenic architecture and it houses many rare artifacts from across the country and the world.

The Royal Calcutta Golf Club, founded in 1829, is the first golf club in India and a major recreational spot for locals and tourists alike.

A Legacy of Modern Hospitality

The British in Calcutta built many fine establishments where visitors from the motherland and the elite of India socialized and held fabulous soirees. One such famous hotel is The Great Eastern Hotel, presently known as The Lalit Great Eastern. David Wilson established the hotel in 1840 or 1841 and he named it as the Auckland Hotel after the then Governor-General of India.

Before he opened the hotel, Wilson ran a bakery that was famous for its delicious fare. The bakery is still there within the hotel and is called the Wilson’s Bakery. Apart from being a favorite amongst the locals for its mouth-watering treats, Wilson’s Bakery in The Lalit reat Eastern Hotel is also one of the popular tourist attractions in Kolkata. Incidentally, the hotel was also the first hotel in the country to be illuminated with electricity in 1883.

The hotel has seen many famous guests including Heads of State, politicians, literary figures, and so on. It even found mention in Kipling’s short story as a place full of romance and grandeur. 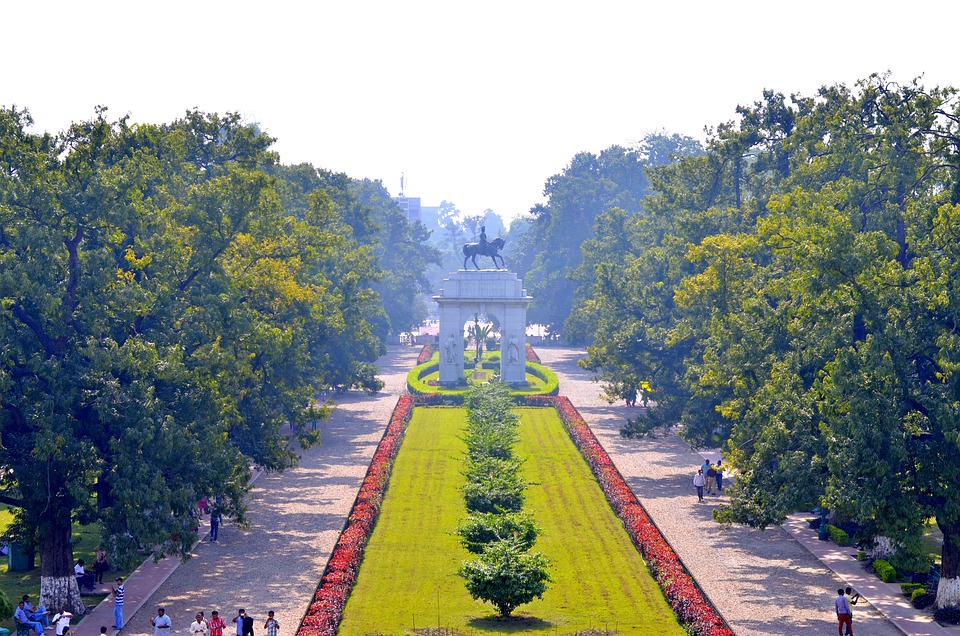 Letters from the Past

If you are visiting the city, one of the places to see in Kolkata is the majestic General Post Office. It was built in 1864, on the ruins of the original Fort William and it is one of the most iconic landmarks of the city.  Nearby, there is an interesting building called the Old Telegraph Office. It is also known as the Dead Letters Office as it houses all the letters of the city that were not delivered to their recipients.

A walk through the heart of the city, across the best tourist places in Kolkata, will take you through the different phases of the colonial history of the city. Once the seat of power of the British East India Company, Calcutta is steeped in colonial heritage.

Perhaps the most iconic testament of its colonial ethos is the Victoria Memorial, one of the most popular tourist attractions in Kolkata. The pristine white marble monument is dotted with exquisite sculptures, art, inscriptions, rare manuscripts, and documents that depict the different phases of colonial rule in the city.  Apart from the tourist attractions in Kolkata, one can experience its colonial essence in almost any aspect of the city. From the wide boulevards of Central Calcutta to the Art Deco houses in the south, Calcutta’s colonial past is ever-present if you know where to look. 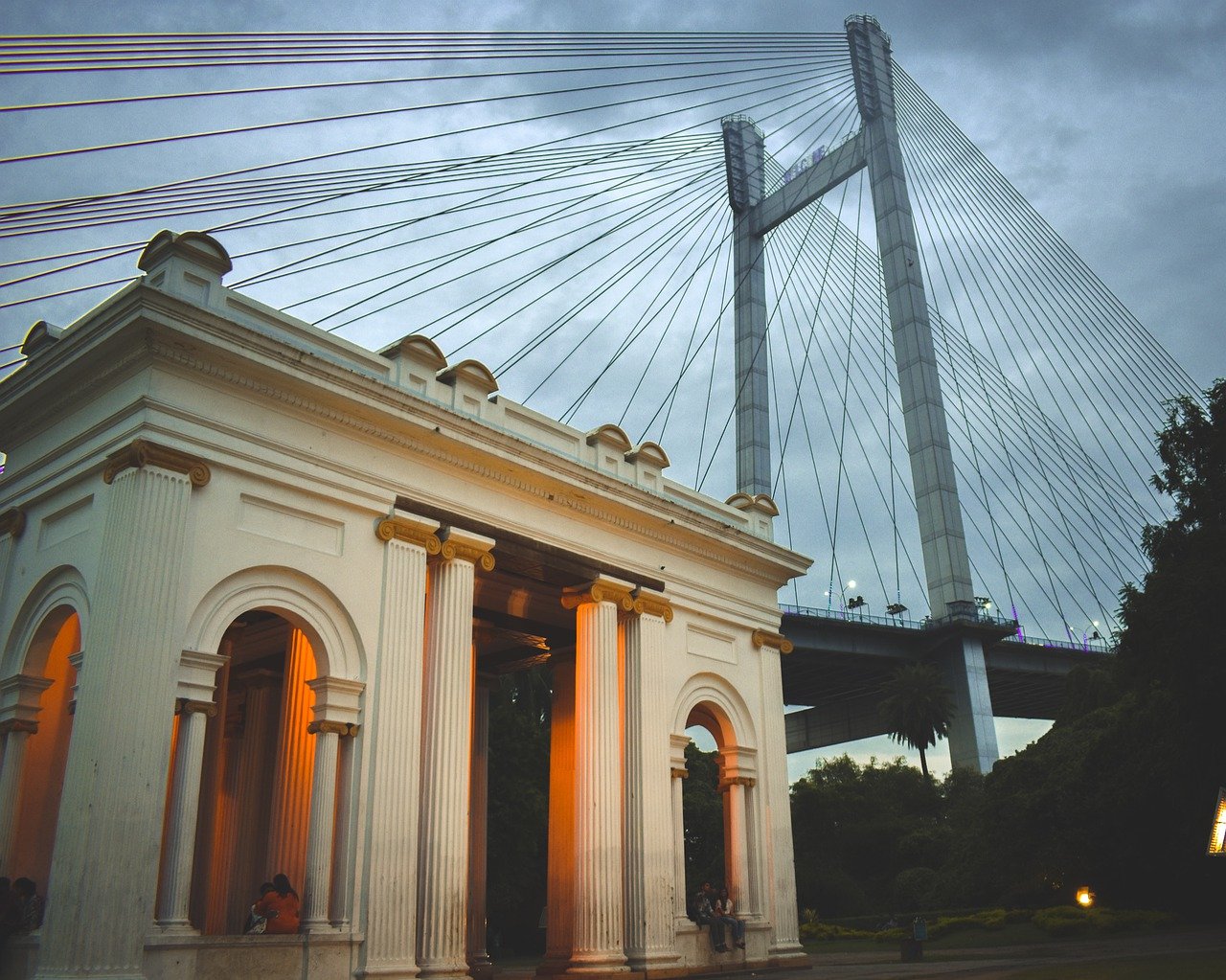