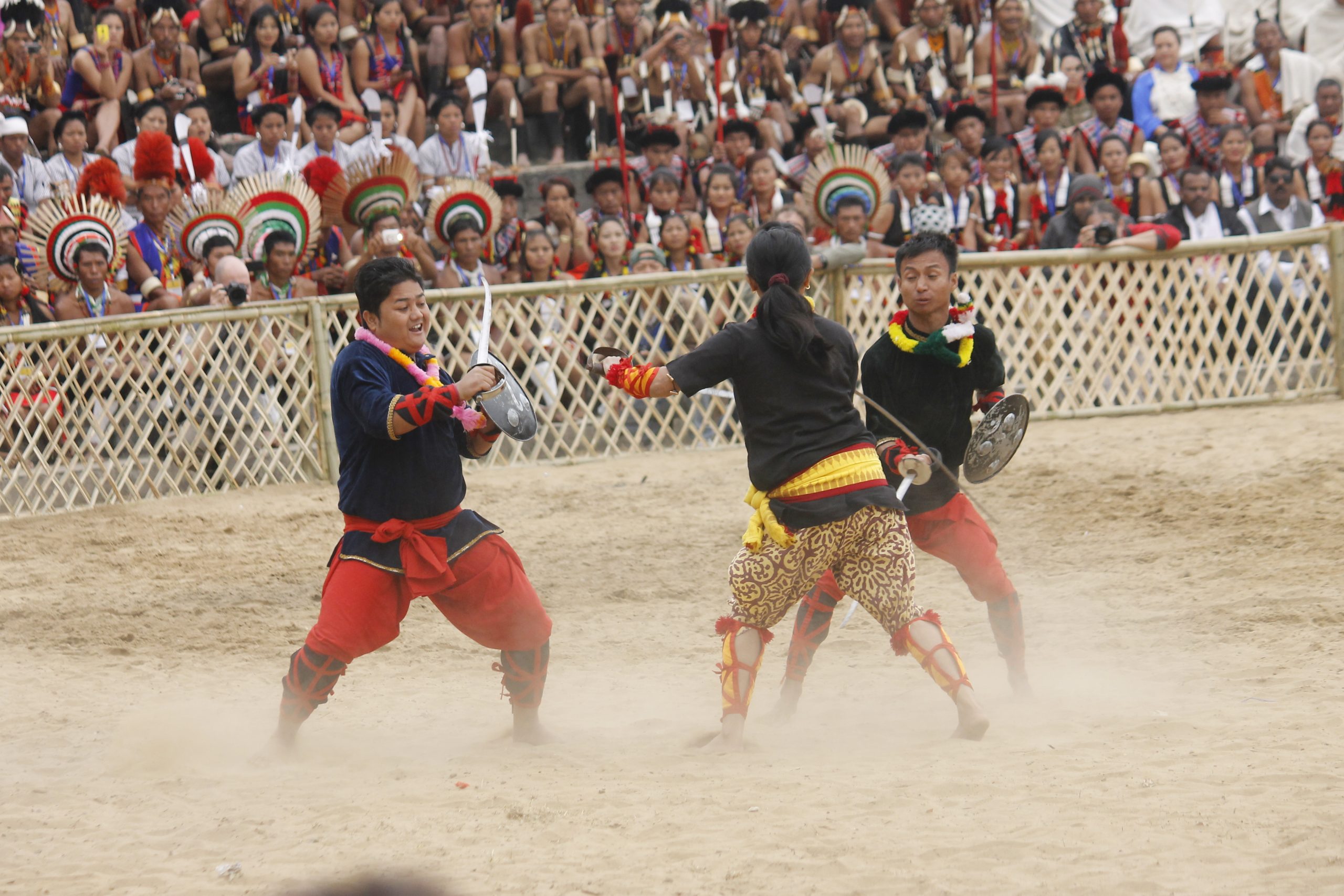 During my recent trip to Manipur in Northeast India, I realized women literally run the markets and the streets here. What I also found equally fascinating is that the Transgender community of Manipur has far more social acceptance than their counterparts in other parts of India.

Go to the 500-year-old Ima Kaithal (meaning Mother’s Market) in Imphal; the capital city of Manipur and you will see 4000 women (aged anywhere between 38-62) trade every single day selling anything from handicraft to clothes to fish to exotic fruits & vegetables to blue lotus flowers – early morning till late evening. Even the money lenders here are women. This is a site and a sight that you will never see anywhere else in India. The Mother’s Market though is less about women’s rights and more about equality. The market welcomes all women irrespective of their religion and social standing.

And it has always been more than a trade hub. The Mother’s Market has served as a meeting point for the mothers to initiate direct action when it comes to any socio-political issues. It is in this Market the Nupi-Lan (meaning Women’s War) Movement was born at the beginning of the 20th century. The British were reminded not once but twice by the Mothers that they cannot get away with exploitation. In many ways, the Nupi-Lan movement sowed the seeds of social and political reforms in Manipur. In the late 1970s came the Mera Paibis (Women Torchbearers) who would patrol the streets at night carrying flaming torches in their fight against drug abuse, crimes against women, and human rights violations.

This is what fascinates me about Manipuri Women. They can be – all at the same time – as graceful as a fleeting butterfly among flowers when they dance in their Raas Leela (Dance of Divine Love) in the Temples and as dreaded as the Mera Paibis with their flaming torches who can bring everything to a grinding halt.

In Manipur’s Community courtyard plays or Shumang Leela – an art form that is exclusively male – women’s roles are played by transgender since the past 100 years. It is almost impossible for an outsider to make out the difference between women and transgender of Manipur with their embellished effeminate mannerisms. Not just in community plays, the contribution of the Manipur’s transgender in the field of arts, music, dance, fashion, and beauty is immense and has a very few parallels anywhere in India. Most transgender leads normal life. Some even have children.