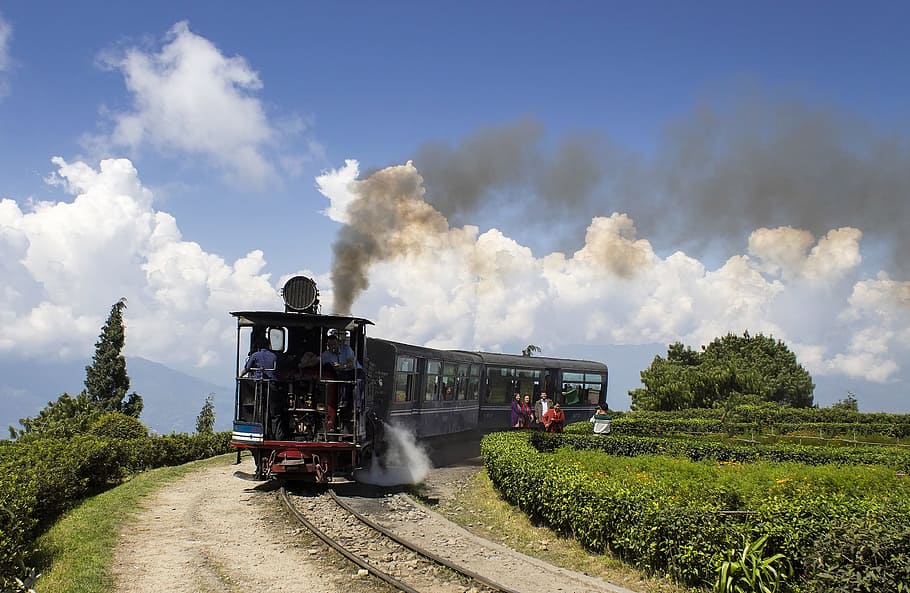 The Darjeeling Himalayan Railway (DHR) is truly world-famous. For almost 140 years the little British-built steam locos have been climbing over 7,000ft up to the hill station of Darjeeling. Built in the days of the British ‘Raj’ the 55-mile narrow-gauge DHR opened in 1881, rapidly transforming the economy of the region. Up the line went foodstuffs, coal, and machinery. Down the hillside went the output of the ever-expanding tea estates for export around the world. Not for nothing is Darjeeling’s famous brew still known as the ‘Champagne of Teas.’

Perhaps the DHR’s ‘finest hour’ was during World War 2 when it carried thousands of Allied troops to and from Darjeeling that had become a massive leave center. There was even a specially constructed ambulance train that ran non-stop up the line conveying sick and wounded service personnel to the military depots at Lebong and Jalapahar.

Yet despite its current fame, less than thirty years ago the DHR was threatened with closure. Indian Railways was modernizing fast and the old steam trains did not form part of their agenda. Fortunately, in the nick of time, supporters in India and around the world started a rescue campaign, and in 1999 UNESCO awarded the line World Heritage Site status – only the second to get that coveted accolade.

Keeping this twisting, turning steeply-graded line in operation has always been a challenge. A series of innovative reverses (or zig-zags) and spirals ease the gradient, but the annual monsoon rain in this mountainous region calls for constant vigilance and sometimes expensive repairs. Yet to its credit, Indian Railways has risen to the task and invested much effort and expertise, maintaining the line’s unique image whilst providing a safe, comfortable journey experience. So alongside the vintage steam locomotives can be found a small fleet of diesel locos, whilst the recent introduction of modern air-conditioned carriages is proving very popular on the longer rides.

Today the DHR continues its major contribution to the local tourist economy and each year it carries well over 100,000 passengers, most opting for the round trip from Darjeeling to Ghum via the splendid viewpoint at Batasia with its imposing Gurkha war memorial and the majestic background of the Himalayas. Yes, steaming to Darjeeling really is one of the world’s great train rides!