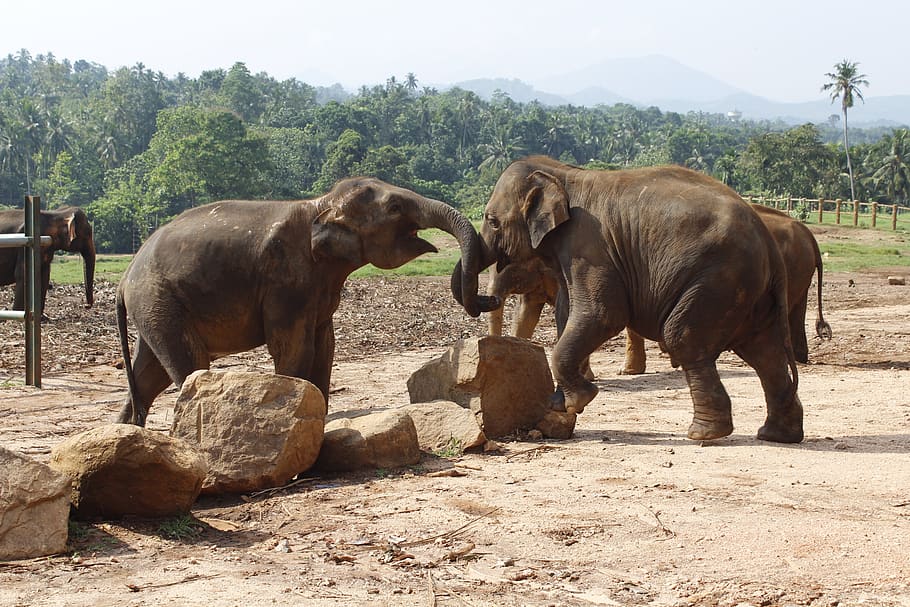 National parks in Sri Lanka are home to an amazing range of wildlife. Its magnificent sights of majestic elephants, fine-feathered peacocks, great black bears and agile leopards that steal away into the shadows of the thick foliage are unparalleled to any of the national parks in the country. Get onboard a safari with a resident naturalist for an enthralling experience in the wild!

Here are our top picks, in no particular order, for rewarding and unique Wildlife experiences in Sri Lanka.

Yala National Park is the most famous (and busiest!) of National Parks in Sri Lanka and with good reason. Home to an amazing range of wildlife – Yala N.P. is a haven for the elusive leopard, fine-feathered peacocks, sloth bears, reclusive elephants, and a great many animals. A substantial section of the park is closed to visitors and rightfully so but the accessible area is vast enough to spot a plethora of intriguing wildlife and, most famously, the leopard population. However, there’s a catch to it. As Leopards are extremely shy creatures, spotting one (or a few in rare opportunities) is not all that easy. The odds of seeing a leopard are reasonably good if you manage to make more than one visit to the national park. That said, Yala is not just about the leopards, but the wild boar, spotted deer, buffalo herds, pythons, innumerable birds, bears, jackals, and other timid creatures are also a reason to be swept away with admiration!

Wilpattu National Park for a genuine experience of wildlife

The name Wilpattu was coined by locals, for its natural lakes not only providing a gorgeous backdrop but also enriching all the animals and plants residing in the park. We always find that the visitor numbers remain low, even in the busiest of seasons because of its thick foliage veiling between wildlife. This might mean sighting wildlife is less of an opportunity than the country’s other well-known national parks. On the flip side, this very quality makes Wilpattu more exotic and a highlight for a dedicated safari-goer.

Probably one of the only national parks that have evolved naturally without any human interference for centuries. Imagine an evergreen forest, spread over 25,000 hectares and lush grassy plains thriving alongside the Senanayake Samudra lake – Sri Lanka’s largest inland body of water.
Apart from taking the conventional method of safari – what’s more unique is that Gal Oya is the only place in Sri Lanka where safaris can be organized by boat. You will witness sights of crocodiles, deer, elephants, and many rare and endemic species of birds. With a bit of luck, you may even see elephants swimming between islands or going for a casual bath at the lake’s edge.

Elephant gatherings are brilliantly seldom sights, with herds of elephants (up to 200!) seen from June to September in Minneriya National Park. This phenomenon happens as a result of reduced water supplies in the dry season and the flocking birds such as painted storks, herons, little cormorants and large pelicans fishing while the elephants are bathing in the shallow waters is definitely a picture worth a thousand words. Although the gathering is a timely event, it’s also possible to see a large number of elephants promenading at the other times of the year too. The 40-minute intro drive is through a dense forest on bumpy terrain, but the waiting is all worth it once the landscape opens up dramatically to spectacular views across the tank. We would recommend early morning safaris to be best for birdwatching while afternoon safaris for elephants.

Kathakali with a Healthy Twist