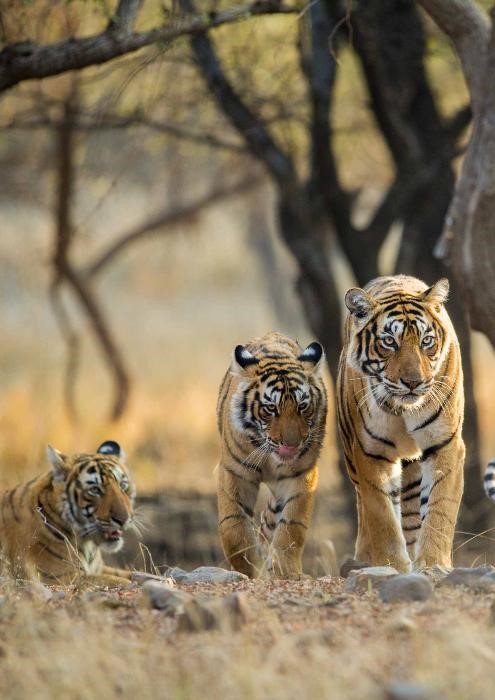 When traveling, it is essential to strike a balance between cultural exchange and seeing the sights famous in that destination. Our itineraries focus on the elements of travel that you find most intriguing.

Here are some of our favorite itineraries that introduce you to quintessential India:

As much as India is known for her inspirational heritage, culture, and traditions, she is also famous for the glitzy and glamorous Bollywood which churns out more than 1600 movies a year. This itinerary takes one on a journey through quintessential and iconic North India covering six UNESCO World Heritage Sites and also gives one a taste of rural, aristocratic Rajasthan, juxtaposing with the cosmopolitan culture of Mumbai. Enjoy interactions with the owners of a restored 17th century Fort. Spot the majestic Royal Bengal Tiger in the wild, and partake in the fast pace of Bollywood’s glamour world!

From the heart of modern India in New Delhi to the ghats of the holy city of Varanasi, this itinerary covers the classic cities of North India showcasing history, architecture, religion, nature, and the subtle nuances of diverse cultural distinction that India is known for. An ideal introduction for the first-time visitor to India spanning four states and the capital – New Delhi – much of whose heritage from the British Raj is now symbolic of the world’s largest democracy.
While the Pink City of Jaipur offers a glimpse of the aristocratic Rajasthani culture, Agra is synonymous with the romance of the magnificent Taj Mahal. Relish a bit of the countryside and nature at the Chambal Safari Lodge with its home-style food. Lucknow, the medieval cultural capital of India, is the legendary center of Nawabi etiquette and culture. Be it cuisine, clothes, music, or dance, Awadh, and the Nawabs were more refined than any. Immerse in its delicate culture. Then, deep dive into Hindu mythology, philosophy, and spirituality in the city of light – Kashi, an ancient seat of learning with a legacy that goes back to more than 3000
years on the banks of the holy Ganga, India’s most venerated river. End the tour in Khajuraho. A UNESCO World Heritage Site, the temples here were built in the 9th and 10th centuries, and are widely regarded as being the pinnacle of expressive north Indian temple architecture.

Coastal Kerala boasts of emerald green paddy fields, groves of coconut trees swinging in the gentle breeze, rolling hills with acres of tea plantations, eternal rainforests, and the maze that is Kerala’s backwaters located tantalizingly close to sandy beaches of the Arabian Sea. It is the perfect antidote to the big busy cities. Kerala’s verdant greenery with all its spice plantations and gracious homes gleaming with the warmth of polished wood makes for a great contrast when combined with a Rajasthan tour. Kerala is the most literate state of India and is also renowned for being amongst the few states in India where some communities practice the matrilineal system of hierarchy. Explore God’s Own Country with its highly socialistic society, pluralistic culture, and delicious coastal cuisine influenced by all the sea-faring travelers who touched its shores.

For detailed itineraries, please get in touch with our team.